What a piece of work

Well I'm glad to see that New in Chess have got their scanner working again. 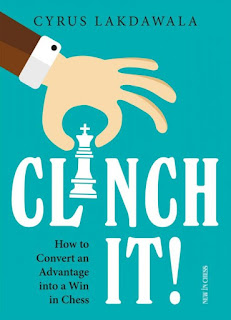 Not as glad as I might be, though, since while my latest emailing from that publisher may be free from photocopied sample pages, the nicely-scanned book it advertises is by the worst chess writer currently publishing in English, Cyrus Lakdawala.

The latest intellectual molehill that he's added to his mountain of published works is something called Clinch It, which from a brief glance (though alas, not brief enough) contains the usual mixture of waffle, irrelevance, impenetrable metaphor 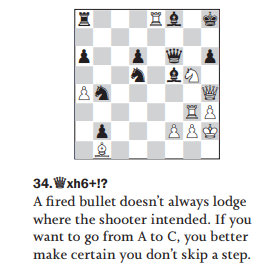 What other kind of bullet lodges anywhere? What step has
been skipped when it does? What is he on about?

This is not a quote. 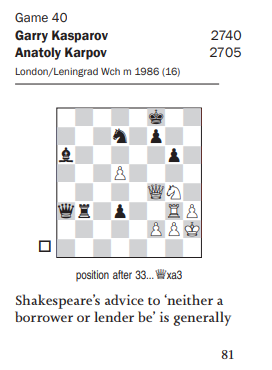 This is a quote.

I can see why Cyrus might be attracted to Polonius, given that the latter is a windbag who makes his way through life by repeating platitudes under the impression he's imparting wisdom to the young. But I reckon even Polonius could copy out a quote correctly if he had to, especially if it came from one of the best-known works of one of the greatest writers of the English language that we have.

But Cyrus Lakdawala can't even do that. Because he is one of the worst writers of the English language that we have.
Posted by ejh at 8:00 am

You missed a comma, according to the First Folio and most early texts, it seems. :-) (I looked that up because I thought it very likely that your version was also not what WS wrote.)

Well, I've only read his Kramnik book, years ago - I thought it was brilliant. I really loved the metaphors. I guess he's gone downhill since then, having pumped out so many, or maybe you wouldn't think so. I wasn't focusing on his weaknesses. I think it's possible that every sentence of every one of his works be as shoddy/ungrammatical those you give, and still the books could all be brilliant pieces of chess writing. Well, I for one am very glad to have come across that book. I had no idea such wonderfully poetic, vivid writing was possible in chess game notes/analysis - the metaphors were wildly creative, while always appropriate. Maybe the analysis was crap - I'm not a GM, but it didn't seem to be, and I didn't notice any chess errors playing through all the games. I've never enjoyed a chess book so much. So it pains me when you write as if he's never produced anything of any value. (Non-fiction prose is maybe my greatest love - writers like Chesterton, Santayana, Stevenson, Hazlitt.)

So complex and various are the elements of literature that no writer can be damned on a mere enumeration of faults. He may always possess merits which make up for everything; if he loses on the swings, he may win on the roundabouts. - Lytton Strachey

I rather liked his Modern book, as it goes. But it's hardly news that some writers start out producing interesting work and degenerate quickly into hacks, and Lakdawala has gone faster and further than most.