Ricardo Lisias - born in São Paulo in 1975, obtained a PhD from São Paulo University, then went teaching - "is regarded as one of Brazil's main voices in recent literature" (it says here). He has published short stories (two collections) and several novels.

One of his stories, Evo Morales, features chess in an informed way. It is a disquieting tale, cleverly told - in the voice of a top-class chess-player. It was published originally in Portuguese, and in an excellent English translation in Granta - where, however, you have to subscribe to read it. Another translation, a valiant effort if considerably more clunky, may be found online, and I have reproduced it after the break.

Granta does allow you free access to an autobiographical note by Lisias entitled "My Chess Teacher" which has some interesting observations based on his youthful - and ultimately frustrated - chess career. This must be his FIDE record.

[With thanks to Angus French] 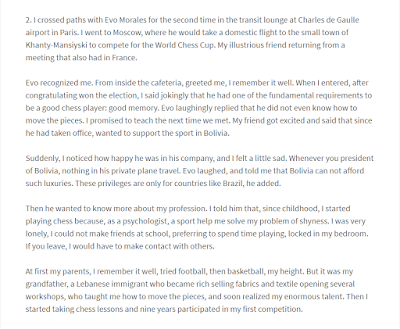 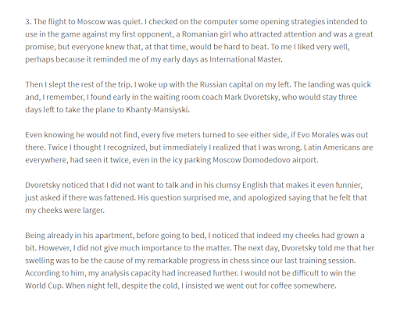 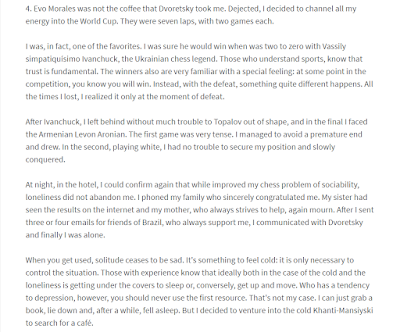 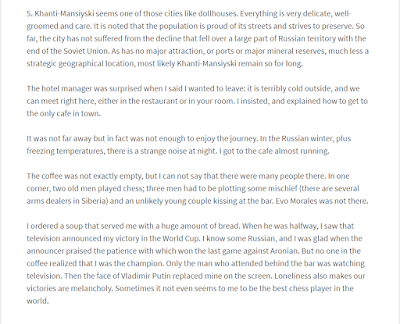 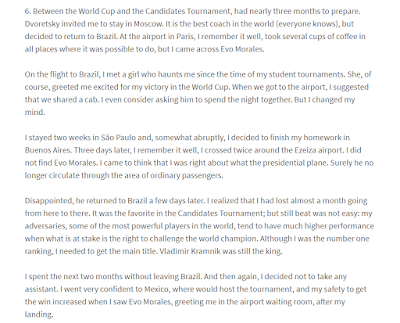 Note by MS - "cachéton" below (and especially in the final section) is rendered as
"chubby cheeked" in the Granta version; without this much is lost in the non-translation. 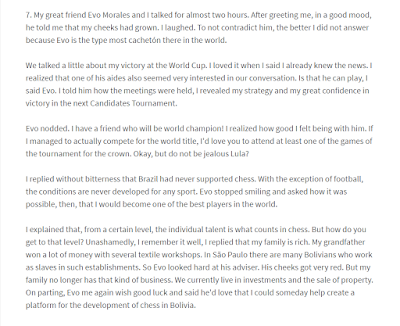 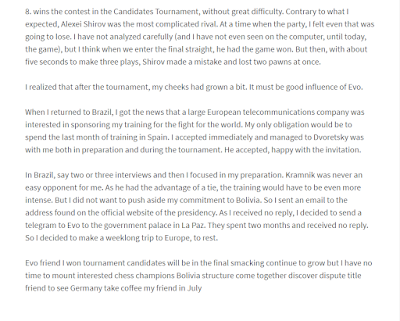 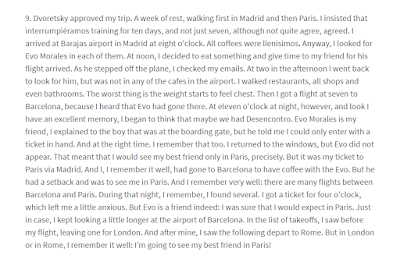 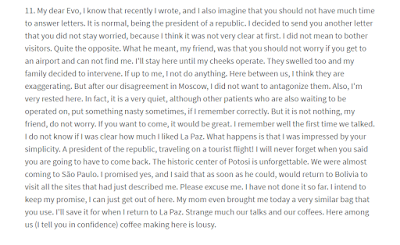 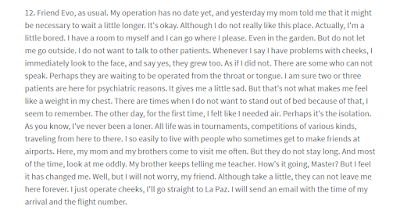 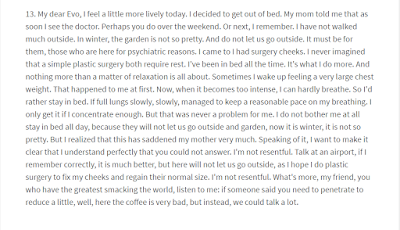 Another note by MS - to remind you about "chubby cheeks", and that the "opératelos"
sentence below makes more sense as "Yes, Evo, perhaps you should have an operation"
as given by Granta 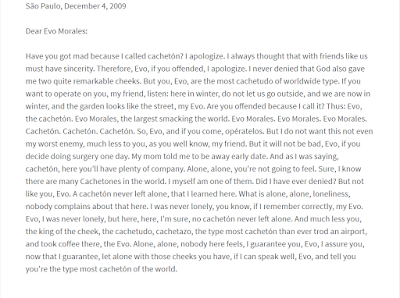 Thanks for reading my works! I am going now to my chess class!

Thanks for looking in Ricardo. Good luck with future writing and playing.