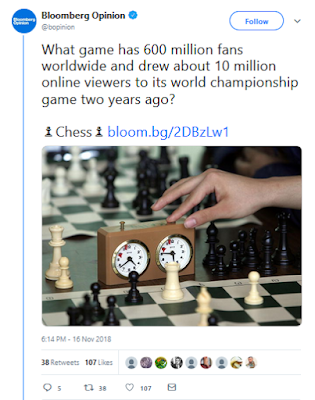 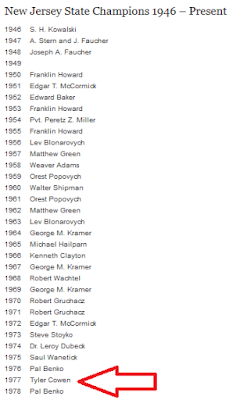 Sorry to bother you. My name is Justin Horton, I'm a chess blogger and among the subjects I have written about is the claim that there are 600 million chess fans in the world.

As this claim is manifestly nonsensical (where are they all hiding?) and no evidential basis appears to exist for it, I was very suprised to see your Bloomberg Opinion piece say the following:

Worldwide, chess claims about 600 million fans, which makes it one of the most popular games or sports.

At no point do you appear to question this claim, or qualify it, or provide any evidence to back it up. I wondered if there was any reason why not. I also wonder whether you would agree that when people read a Bloomberg piece written by a professor of economics, they are entitled to assume that the facts and figures contained therein can be relied on.

He says that Chess claims 600 million fans, which is probably true if you consider Chess to be FIDE. Otherwise there is not much to offer in his defence.

There's a massive disconnect between the claim of 600 million and the number of verifiable players as evidenced by rating systems and head counts of membership.

Further to RdC's comment, the November 2018 FIDE Rating List has entries for 661,652 players not marked as inactive.