Though it is rather beautiful, just like another one here.

The specimen shown above was owned, until recently, by...


...the late David Bowie - here playing with the Ice Queen Catherine Deneuve, on set perhaps at The Hunger, released in 1983. 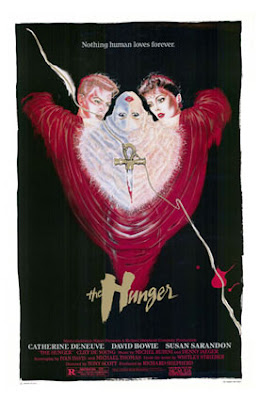 This states that his "love of the game" is "well documented", giving but a single source which says that "other famous chess fans include Madonna...Bob Dylan and Bono". 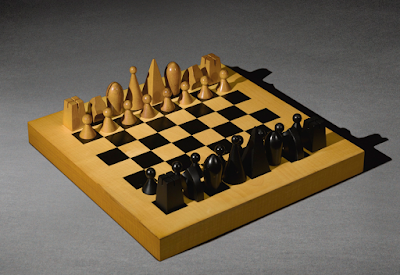 Even though the Bowie set was laid out on a rather ordinary "commercially available wooden chess board" it came with a touch of Stardust, and sold for £106,250. (Not - I should add - to me.)

Read the full Man Ray chess story in this excellent Blog by BatGirl.
Lost in Art