This is obviously false.

But this is obviously true. 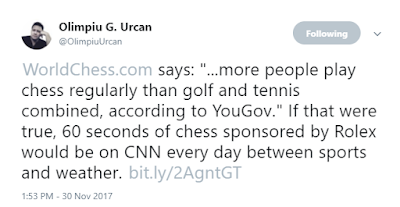 EDIT: also of course these goons would have closer to six million followers than six thousand. 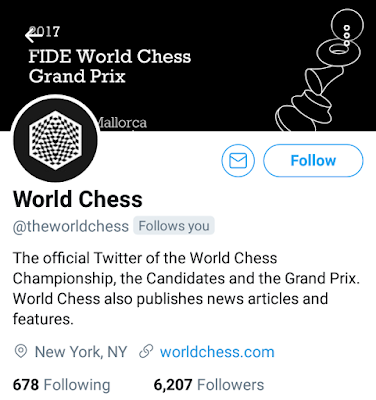 Ever worried about nature versus nature? Fret no more. Garry's on it. 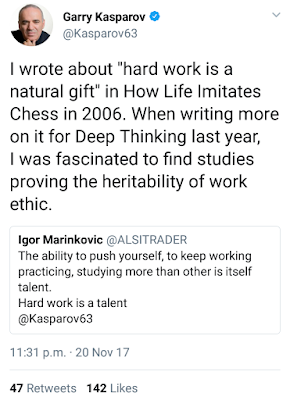 Precisely what Garry thinks is meant by "proving", we are not told, nor do we get to find out which studies achieved this proof. Still, for all I know, the relevant information is all in Garry's book: regrettably I have inherited an insufficient degree of work ethic and can't be arsed to find out for myself.

Would it be worth it? This isn't Garry's first foray into the world of studies and what they prove. 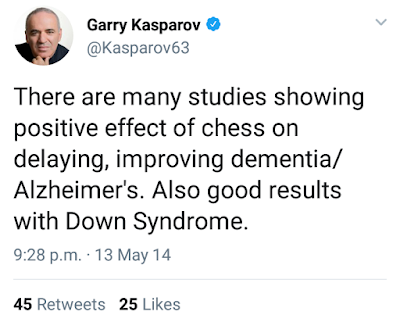 How did that one go?

Or this one (thanks to Jonathan for reminding me). 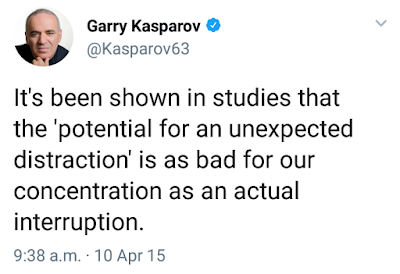 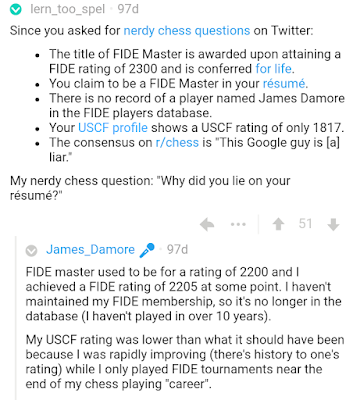 True, but not good

Decent piece in the Telegraph yesterday: an interview with Tania Sachdev by Alex Preston. Lots to like - and a little not to. Like this: 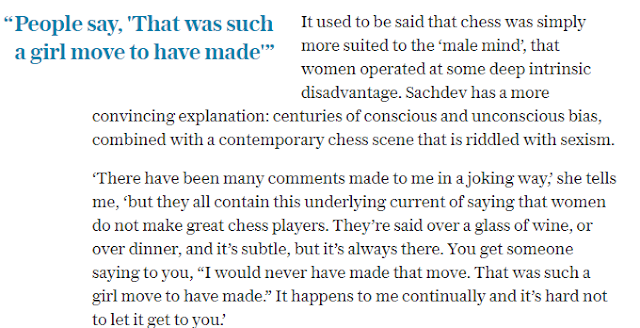 Now it's not the first time we've come across comments about sexist comments, and how they can drive women and girls out of the game. Which is odd, because according to the President of the English Chess Federation

There is no such thing as sexism in chess. 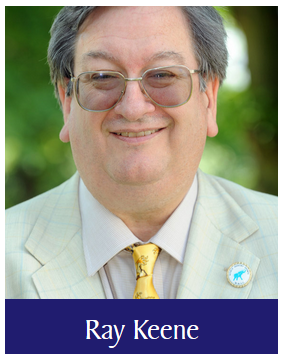 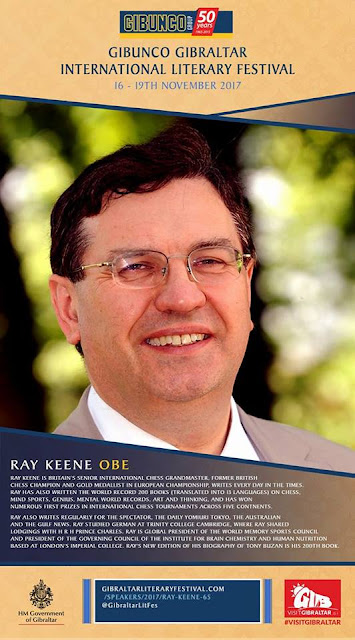 The new BCM is out! Hey, that looks like an interesting article. 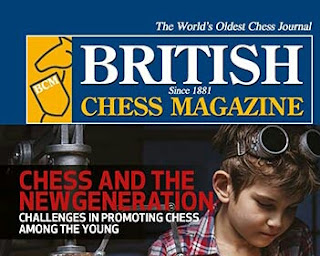 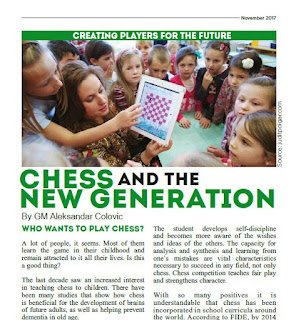 Sorry, when I said "interesting" I meant "the sort of bilge we've seen far too many times before".

Why does the BCM still exist, when it's full of trash?

It says here that Allan Simmons, one of Britain's leading Scrabble players has been banned for three years, accused of cheating.

Which is particularly interesting, seeing as Simmons is

a regular columnist writing about Scrabble for The Times newspaper.

So what has that newspaper done about it?

Well I can only conclude that putting back letters is a serious offence in the eyes of the Times, but stealing words is not.

If you're a football fan, you've probably seen this clip before.


If you've not, it's from a celebrated documentary called Orient: Club For A Fiver, which follows Leyton Orient football club through part of their disastrous 1994/5 season (not quite as bad as last season, mind).

The unfortunate John Sitton was manager for the period covered by the show, of which the clip above is the best-known passage: having difficulty coping with the impossible task he had been given, Sitton (and it wasn't the only time) loses it with his players and offers a couple of them out, two against one. However, also of interest for our present purposes is the moment near the start of the clip when, unusually for a half-time team talk, Sitton takes the opportunity to sack the experienced Terry Howard, right there and then.

The documentary effectively finished Sitton's short-lived career, the bloke having made a public fool of himself. Over the two decades since, a certain amount of sympathy for his fate has developed - you can for instance read a defence of him (with which I don't necessarily agree) here - not because he's perceived as having behaved properly, but because few people who know football think he was particularly bad by the general standard of football managers.

Anyway, that's neither here nor there. To get to the point, the reason the Sitton speech suddenly occurred to me last Monday was that I was so unimpressed by Luke McShane's abject performance against Ference Berkes, I wanted John Sitton to pop up midway through the game and sack him on the spot.
Posted by ejh at 8:00 am No comments: 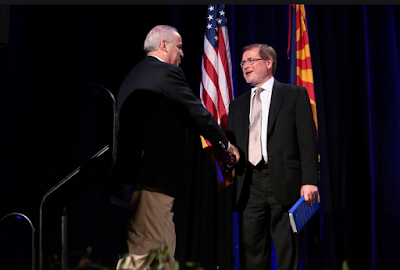 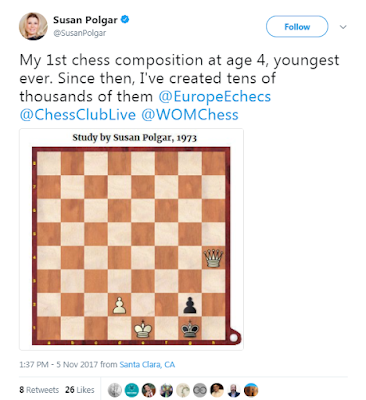 Tens of thousands of them.

On the outward leg of this Streatham Stroll West we got to St. Just, on the Penwith peninsular in Cornwall - almost as far as you can go before you fall off the end. Then there was a hiatus. But now we can press on.

The 1950s photograph of the "West Penwith Club" draughts team which instigated this excursion (here it is again, from Chess November 1950)...

...will now start us on the return leg. However, in best Magical Mystery Tour tradition we have a...mystery: the appellation given by Chess. "The West Penwith Club". Who were they?

Peter Cushing has a position he wants to be looking at.... 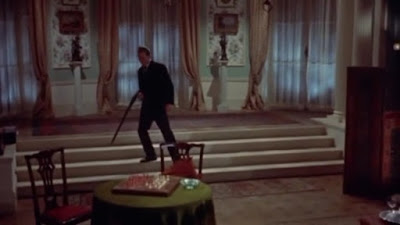 .... but he has other things on his mind, as The Mummy is about to crash through the window.

Spotted while watching telly on Halloween night. Dunno that it's really significant enough to be an actual chess scene, but at any rate Chess In The Cinema hasn't got it. 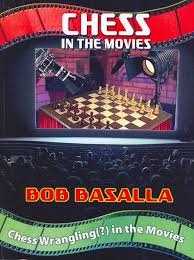 [Village of the Damned]