Could this be any more embarrassing?

Or any more ludicrous?

Check out the latest Spectator to find the ECF's support for Nigel urged, in the name of "a clean-up of this organisation" 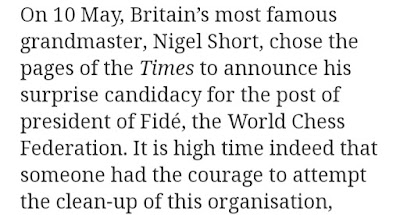 by a man whose whole career has been based on deceit and malpractice, and one who had to resign from the very organisation whose vote he's trying to influence because he obtained money from it under false pretences.
Posted by ejh at 8:00 am 1 comment: 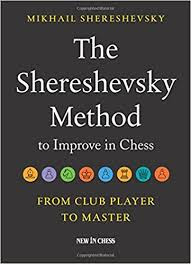 Ageing sexist guy who's been a parody of himself for years 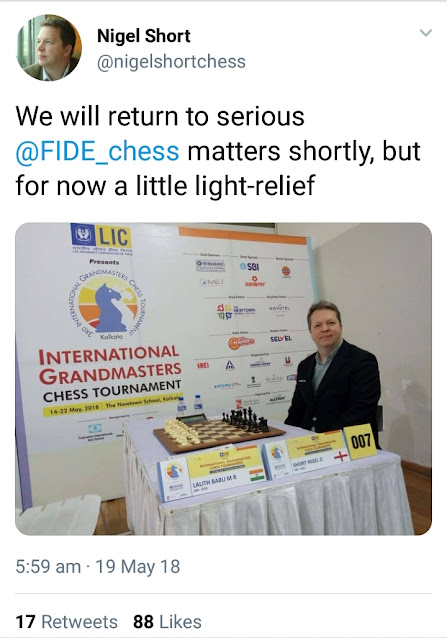 Nothing from CJ de Mooi yet, but we'll let you know.


[EDIT TUESDAY: no CJ yet but we do have another crony].

Not making plans for Nigel

There must be any number of reasons why this is an atrocious idea, but let's start off with these:

1. FIDE shouldn't have as its President the single most notorious misogynistic goon in the world of chess. It represents women as well as men and Nigel Short has spent his entire career treating women with an entire lack of respect.

2. FIDE shouldn't have as President somebody who thinks it is all right to bully chess officials and menace them.

3. FIDE shouldn't have as its President somebody who is quite prepared to denigrate people on account of their racial origins ("Asiatic despot"), or to insult whole nationalities. This is a sport for everybody, and people who engage in racial or national jibes shouldn't be in positions of responsibility.

4. FIDE shouldn't have as its President somebody who was quite prepared to take the world championship match away from that organisation when it suited him financially, and never mind the consequences for chess, FIDE or anybody else. It's not just the absurdity, it's the untrustworthiness. And it's not just the untrustworthiness, it's the absurdity.

5. FIDE shouldn't have as its President somebody who misused his position as the ECF's FIDE Delegate to pursue specious court cases on behalf of his political ally while hiding the fact from ECF members. It's that untrustworthiness again.

6. FIDE shouldn't have as its President somebody who has a history of being spectacularly obnoxious to people with whom he's fallen out, of which that notorious obituary is only one (and this another) of far too many examples.

7. FIDE shouldn't have as its President somebody who make a fantastic amount of noise about misconduct but is silent as the grave where his mates are concerned. Or, come to that, somebody whose concerns about Kirsan weren't especially big until the money appeared to dry up. Being a crusader only when it suits you may impress the gullible or the cynical, but there's quite a lot of people in between.

I could go on, and no doubt I will, but that'll do for now. Nigel Short is an offensive, untrustworthy, self-centred and misogynistic bully whose standard mode of behaviour is the feud. I wouldn't put him in charge of a weekend tournament.