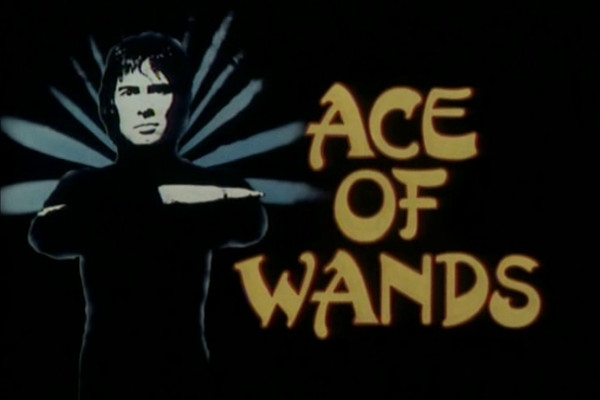 While I was researching yesterday's piece - or trying to - I came across this link, via one set of search terms or another, I forget what.

Just because I thought I might as well, I put chess into its search box, and flicked through to one of the references. And this is what I found.


Ace of Wands concerned Tarot, who was a master magician and telepathic super sleuth, who would use his gifts in order to fought evil criminals, such as Madam Midnight and Mr. Stabs...

...a diamond gives its name to the final second season story, "The Eye of Ra". It is a diamond reputed to have magical powers, one of which is the ability to turn people into chalk statuettes. A wheelchair bound chess-master Ceribraun (Oscar Quitak) wants to obtain the diamond. He tries to force Tarot to steal it for him by kidnapping Mr. Sweet and making it appear he has been turned to chalk. His statuette is then knocked over and smashed by accident causing Tarot to think Mr. Sweet has been killed. Lulli, as well as Mr. Sweet, finds herself a prisoner of Ceribraun and his servant, Fredericks, and in trying to rescue her, Tarot finds himself on Ceribraun's giant robotic chess board being crushed by two huge chesspieces.

Alas, there are none to show.


They were wiped. Well, the first two series of the show were wiped, and our episode was the final segment of the second series. "This story no longer exists."

Even that's not quite true: three parts of it can be found on YouTube, but in audio form only. (I've not listened to them.) But no footage, apparently, nor any publicity shots, photos taken on set, nothing to show us our wheelchair-bound chess master, or our hero under threat from gigantic robotic chess pieces.

I'd never heard of Ace of Wands. I was a touch young for it, being six when these shows were broadcast, though I do remember a little of The Tomorrow People, which seems in some senses to have replaced it. (If any comparison can be made with Doctor Who, I saw my first episodes of that show in January 1972, just a few months later.)

Too late, too late. There's a few web pages available about the show, but they all say essentially the same thing, that while the third series is available, the first two are (almost entirely) lost to us forever.

Oscar Quitak is still with us: for all I know, he might have some old photos, but as he's in his nineties and lives on Ibiza, I don't think I'll be troubling him to ask. His other credits, coincidentally, include the 1983 ITV series Chessgame. 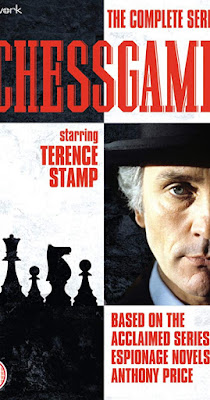 I don't reckon there's any chess in it.
Posted by ejh at 8:00 am No comments:

You might recall this piece from early last year, in which I was, ah, sceptically non-committal about a Guardian story involving Donald Sutherland, not previously known to me as a chess enthusiast, intervening in a game between two newlyweds to point out a win in what appeared to be a hopelessly lost position.

It may be that I scoffed too soon. I'm indebted to Mike in comments for finding an interview with Paul Darrow, most famous for playing Avon in Blake's Seven and, as such, no stranger to hopelessly lost positions. 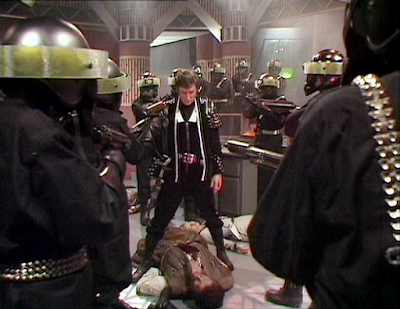 What does Darrow have to tell us? It transpires that he was once in a series called The Odd Man - during which time he played chess with another member of the cast - none other than our man Donald Sutherland. How did it go?


Not well for Darrow.

So not only does Sutherland play - at least, he did in 1963, and in 2006 - but maybe he can play a little bit better than the average near-beginner.

Still, this leaves us with the mystery of why it is that I have been able to find so little on Donald Sutherland's interest in the game, given that normally, if a celebrity so much as looks at a chessboard, we hear how much of a chess fan they are for years afterwards.

I got excited by this, for a moment, but there's no more to it than Donald saying "the chess game begins", and it's a metaphorical game that he's referring to.

This is more to the point: Donald says

But beyond that, I'm really struggling.

Kiefer, on the other hand, no problem. 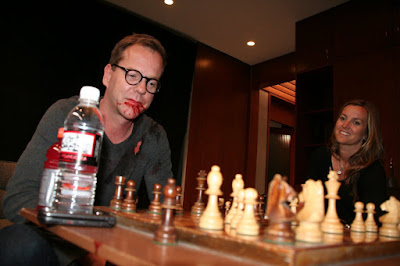 
chess can now boast 11 million games played online, worldwide every day; 600 million active chess players and no fewer than one billion smart phones in use with chess apps!

As Olimpiu observes, Ray's said this already, in Synapsia, the magazine of his fraudulent Brain Trust charity:

and he said it again in the Spectator in September, sans the billion smart phones.

I've not seen the book, but according to Olimpiu this whole section (World Chess Comes to London) is copied out word-for-word from the Synapsia article.

Of course it is, it's what he does: but I hope on this occasion he found time for publication to check his dates.

Alex Spencer, a schoolteacher and member of Streatham and Brixton Chess Club, went to the Carlsen v Caruana match, the first such event he's attended. Thanks very much to him for permission to reproduce them here. - ejh

These are just a collection of my thoughts as I sat staring at both players through the double layer of protective glass for 3 and a half hours.

Apologies in advance to the chess experts. I’m writing this to be less about the chess and more about my observations on the players and the whole experience of staring at two people non-stop for so long.