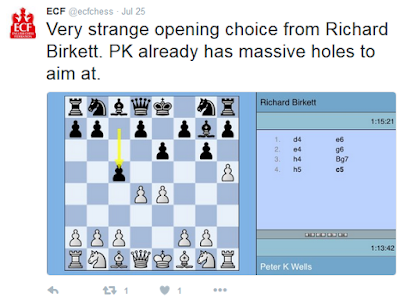 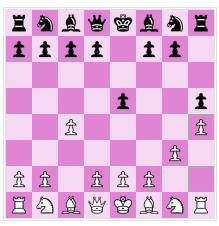 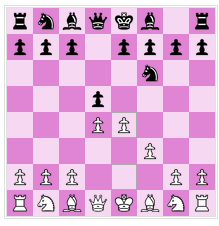 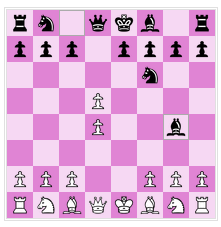 After the opening round the lunacy eased off. I guess people are prepared to give anything a punt if they're giving away 250 or so Elo points, as all the players were, save one, who punted in the examples above. (The exception was Mason, who wasn't giving anything away - far from it, he enjoyed an Elo lead of nearly 500 points over his opponent. But "enjoyed" isn't the word, though, given that this was a junior and manifestly wildly undergraded opponent. A draw may have been a comparative relief rather than a disappointment.)

After the first round the eccentricities tend to be left to the habitual eccentrics, and we move, mostly, from the realms of the ridiculous to the rarely-seen - for instance Varney v Dilleigh [1/2, 65] in Round Two 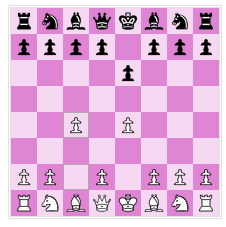 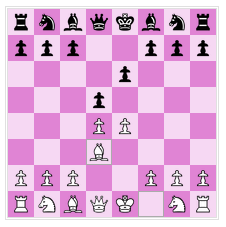 both of which are lines you'd find in the unthumbed sections of a Watson Play The French volume, but are rarely-played rather than shouldn't-be-played. Talking of the French, Nick Pert's played a few, albeit from the Black side, and Pert v Batchelor [1/2, 40] from Round Three looked like a particularly odd one 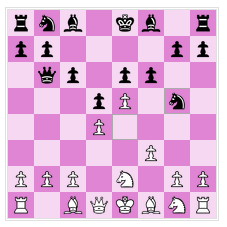 Oyama did play the Bird's against against Harvey [1/2, 97] in Round Four 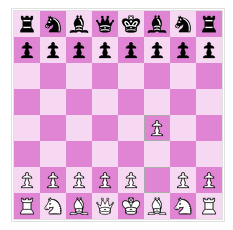 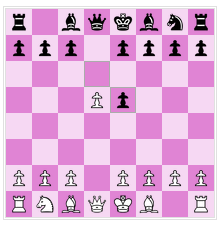 but openings like these are just a bit of mucking about compared with the overt running across a busy motorway that took place in the first round.

Chacun a son goût, but I'm not convinced that mucking about - or, for that matter, running across a motorway - is really worth the candle. Do you actully get to throw your opponent off their stride, or are you more likely just to find yourself in a terminal struggle, early on, and never have the chance to make your opponent work or worry?

It's a strategy Simon Webb called How To Trap Heffalumps in his very influential Chess For Tigers (OUP, 1978) 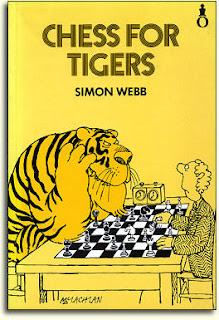 in which the idea is that you probably can't beat the Heffalump in a straight fight, so you lure it into a swamp and try to beat it that way. The game Browne v Taha is given as an example. Super though that game is, I'm not sure it's that helpful - or at least, it's not that helpful to interpret our anti-Heffalump strategy as playing a ropey old opening and seeing if the Heffalump goes wrong before we do. 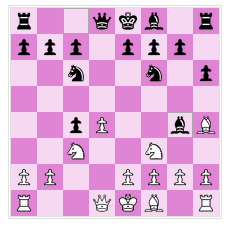 Oliver Gill seems to have been playing Chigorin lines for some years and presumably knows what he's doing, better than I did when I used to do the same.

I packed it in because it was far too easy to lose very quickly with Black if you weren't very sure what you were doing - and the number of lines in which you could lose very quickly was a large one, so you were, in truth, most unlikely to be sure.

In the line above, for instance, Black's sixth is an error after which he's already a good deal worse, and he's never in the game. One of those things? Perhaps. Rating gap of more than 300? Sure. Still, it's a shame to give it away so early.

But it's a strategy I understand. More baffling, though, is what Andrew Smith, an FM, a very experienced player (and for that matter, an affable bloke, to my recollection) has been doing on the Black side of open games, against weaker rather than higher-rated players. 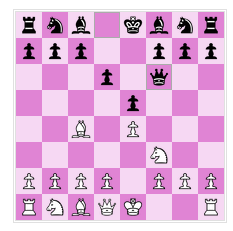 What on Earth is this? And is it merely mucking about, or running across the motorway? I'd have said the latter, and being run over in twenty-move moves suggests the same. But, wackier than the Wacky Races, Andrew was unpersuaded that this was such a bad idea he shouldn't try it out a second time.

So, from Round Six, we have Moreby-Smith 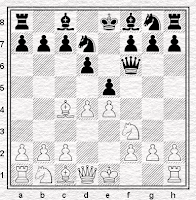 with the near-inevitable car crash, though it did feature some dinky driving by the player of the White pieces [1-0, 32]. But Black was simply flattened right across the fast lane.

Nought out of two, and it should have been less. Will Andrew give it a third go?

Rather him than me.

Andrew Smith has been playing that line since he was a junior. It's long been suspected that there's a bust and Moreby or his computer engine may have found it.

I recall from my own Philidor days that 3. d4 Nd7 is dicky, but I don't think I'd ever seen the ...Qf6 versions before.