After plagiarising his Times columns for Monday 24 and Tuesday 25 October, Ray, who is nothing else if not a creature of habit, was never likely to change course in midweek.

Here's how his column began for Wednesday 26: 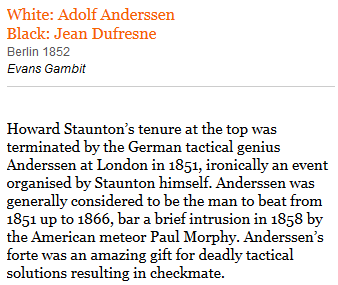 And here's how it continues: 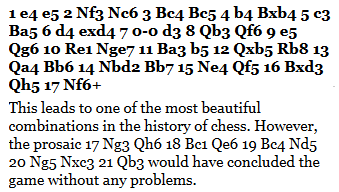 And here's how that move was annotated on page 28 of the first volume of My Great Predecessors (Garry Kasparov, Everyman 2003): 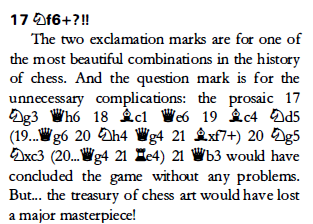 The Evergreen Game, as I'm sure you knew. 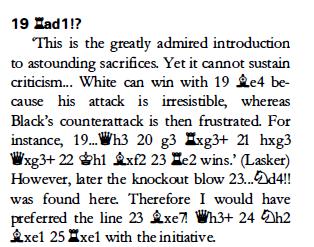 That's Lasker plagiarised as well, of course, and not for the first time.

The note in My Great Predecessors is very long, but here's the "roughly equal endgame"... 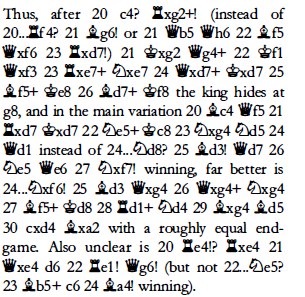 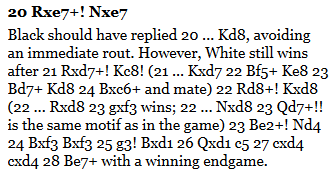 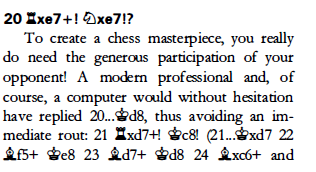 The game itself may be Evergreen. Ray's stolen annotations, a little less.

And to cut a long story short, of course he did Thursday and Friday as well. Just so you don't have to take my word for it, here's the evidence. (Obviously this does have the effect of cutting a short blog post very long. Sorry about that.) 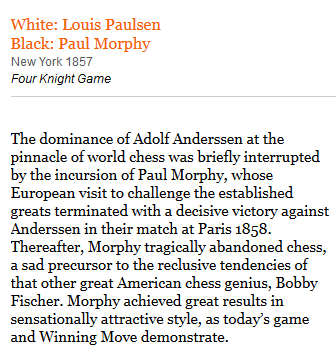 Here's how that move was annotated on page 32 of the first volume of My Great Predecessors (Garry Kasparov, Everyman, 2003). You have to hunt about a bit to find the plagiarised bit, but I'm sure you'll manage. 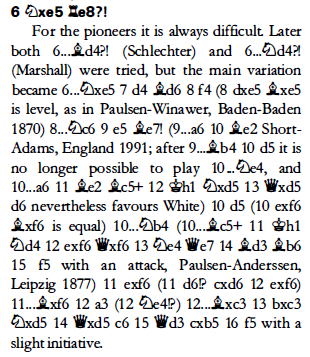 White's seventh is easier to match 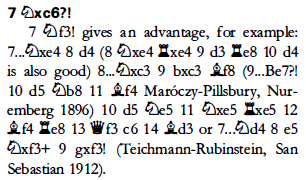 and match it Ray certainly did.

Odd that "refutation" should be changed to "combination".

That was Thursday 27. This is how his column for Friday 28 began. 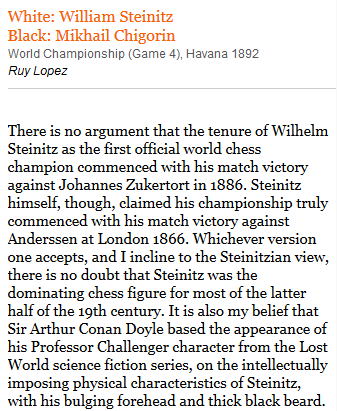 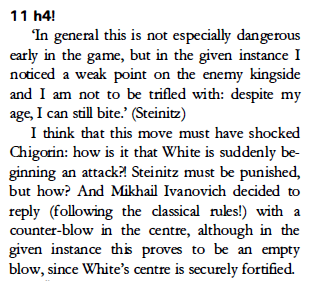 Following the classical rules perhaps, though not the rules of copyright or journalistic ethics. 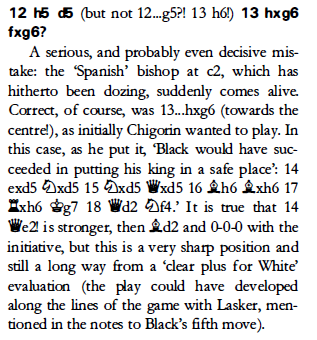 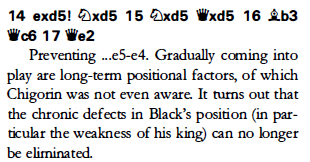 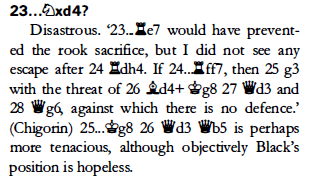 Ripping off Chigorin as well there. But we end with White's twenty-fourth:

Ever felt Ray's Times career should come to a highly dramatic finish?

A lightly-annotated fragment of the Paulsen – Morphy game appeared in Ray’s Spectator column of 3 December 2005 and shared some of the MGP text after White's 20th move and Black's 23rd.