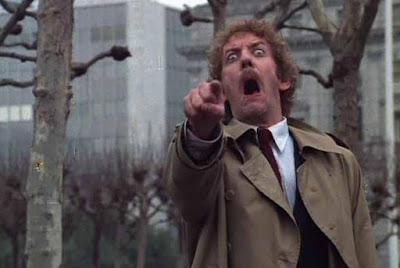 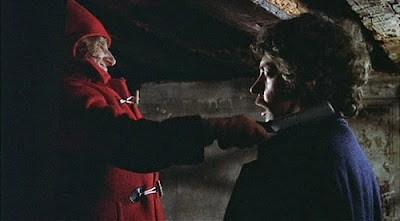 Well, I wasn't there, and maybe everything happened just as described. Still, some of us are a little over-familiar with celebrities-who-play-chess stories. So when we're told a movie star apparently spotted, while kibitzing, a miraculous win in an apparently lost position several pieces down, and they weren't Humphrey Bogart or anybody with some actual recorded history of interest in chess, we, ah, rub our chins. We squint a bit. We're just a little sceptical.

So has Sutherland ever played a recorded game of chess, or even confessed to a passing interest in the game? He does appear in front of a chessboard in Joanna (1968) 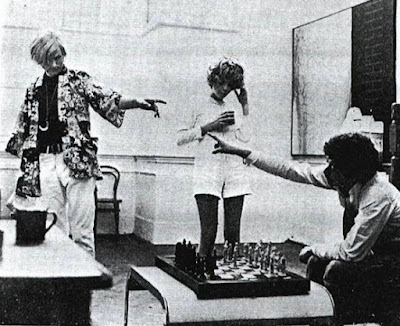 which I haven't seen but which appears to be something of a period piece. Regrettably there is no chess from the film available on YouTube, unless we convince ourselves that that's a chess motif on the curtain at the start.


So how did Sutherland suddenly morph into a chess magician in the presence of a former show business journalist?

Who can say. Maybe he got lucky. Maybe we all just get lucky once in a while.
Posted by ejh at 8:00 am

I understand that at one point he was a chess instructor for the Chess'n Math Association in Toronto, Canada.

Interesting reference in this interview with Paul (Blake's 7) Darrow: