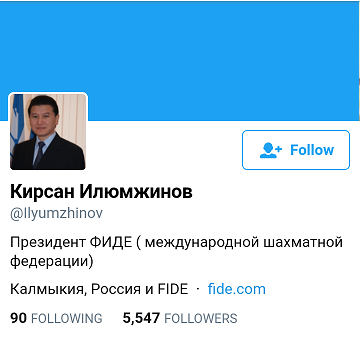 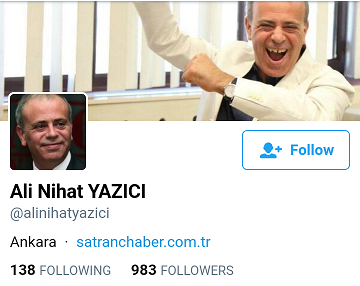 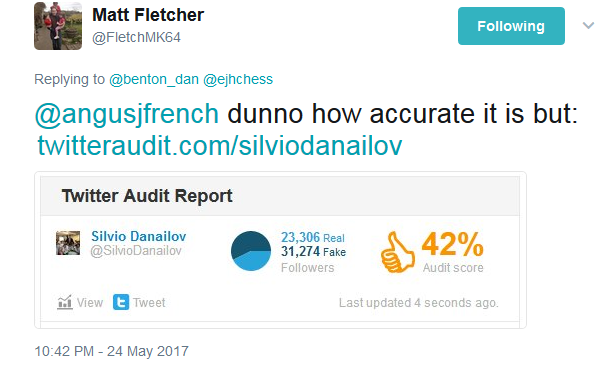 it rates Silvio's following rather higher for "fake" than it does for real".

Yes they do, but not, normally, to that extent. Let's look, for instance, at Susan Polgar 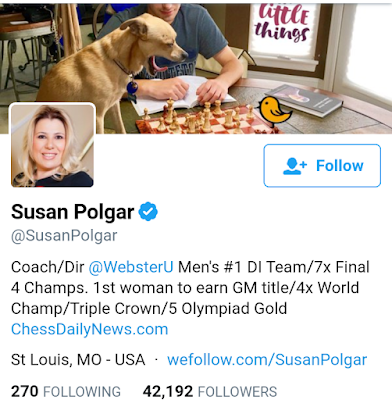 who has a not dissimilar number of followers, and who, as we know, is not at all shy of making exaggerated numerical claims. But her Twitter Audit looks like this

Alternatively, we can try Fake Follower Check which gives us the following result for Silvio

and these results for a couple of comparable accounts.

They're not the same as the results Twitter Audit gives, but they do resemble them, not least in judging that Silvio seems to have quite a high proportion of fake accounts following him, for one reason or another.

As Matt says, we can't vouch for the overall accuracy of Twitter Audit (and its creators don't claim it's entirely accurate). Do test and evaluate the results for yourself. But if they are any good, they do rather raise the eyebrows, don't they?

Why would Silvio Danailov have so many fake followers? What benefit would possibly accrue to him in having such an inflated total? What's the point?

But whatever the point, the question arises - did Silvio buy himself a bunch of fake Twitter followers?

Because that would be pitiful.

Thanks ever so much to Dave of Twitter Audit for his help.
Posted by ejh at 8:00 am

Is there likely to be a reason for pretending to be that popular, or has he just been the target of a hate campaign which has generated tonnes of followers?

I'm doubting the latter, but only he can tell us