By any other name 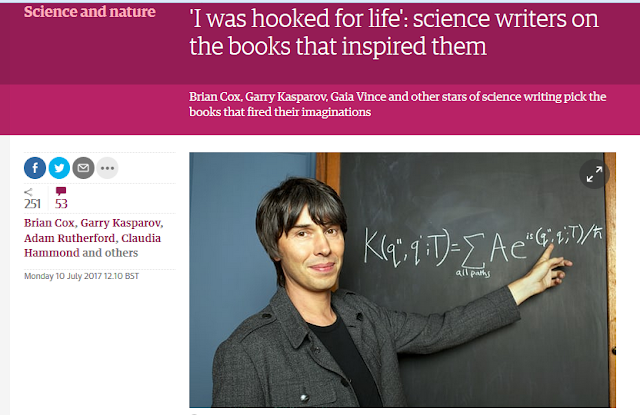 I mean he's co-written a book in that general field, but that makes him a star?

Let's see how brightly he shines compared to the other lights in the sky.

6. Richard Fortey. PhD in palaeontology, author of any number of related books, presenter of TV and radio shows, you know.

Oh yes and to give him his due, co-author of a book about artifical intelligence which for all I know will win millions of awards, but so far has fewer prizes to its name than Nigel Short has played world championship matches.

Previous interest in science, to my knowledge, not a lot.

So given that everybody else on the list, even when not actually a famous scientist or a famous writer about science, has at minimum won an actual award for their actual science writing, what does it mean to say Garry Kasparov is "a star of science writing"?

It means he's a famous name, no more than that. A star writing about science. But not a star of science writing.

I look forward to Garry dipping his toe back into the sea next month: brave thing to do. He'll either sink or swim according to how he measures up to his contemporaries. His name alone isn't going to count for very much.