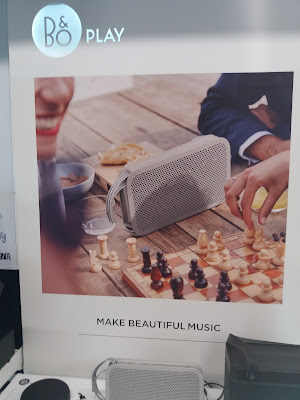 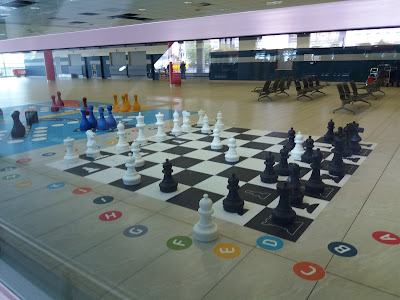 Another tanatalising set was this one, sat with its owner outside the National Gallery while I was en route to the stop for the number 23 bus and thence to Paddington and Maidenhead. 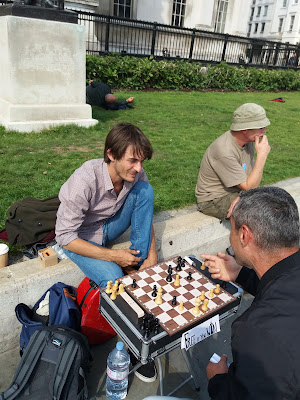 The bloke had just finished a game when I took the photo, and I didn't have time to have a word with him, let alone a game. (Stupid really: I could have had a game and then taken the Underground instead.) So I don't know who he is, whether he's local, whether he'd spent the whole summer in London, where if anywhere he was going next. If any other readers met him, and had the time to give him a game and have a chat, I'd be keen to know about it.

In chronological order that's Prague, London, Stansted. In between the first two, on the way to the UK, we stopped in a campsite near Rouen and what should be in the games room but... 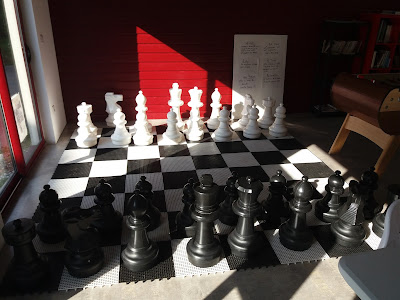 ...a giant outdoor chess set. Not that it was outdoors, obviously. Nor that there was anybody else to play with, equally obviously.

Still, I didn't want it to go entirely to waste. So as there was chess on the internet that evening, I played out one of the games on the giant set as the moves came in. 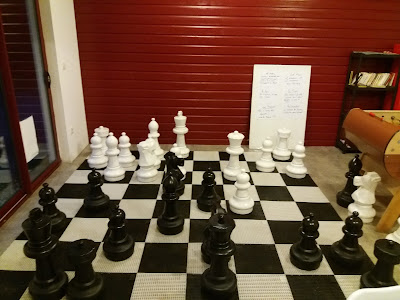