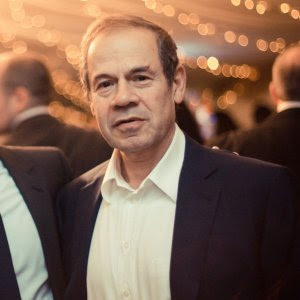 I wondered what the position was of Chess.com, co-sponsors of the event last year. Last week I sent a message to their CEO, Erik Allebest

Hi, My name's Justin Horton and I write the chess blog Lost On Time. I have a question for you.

I notice that in 2016, Chess.com were co-sponsors of the Isle of Man international with the Scheinberg family. .

At the time, were you aware that Isai Scheinberg was on the run from the US on serious charges relating to financial crime?

but as of writing, I'm yet to receive a response. So whether Chess.com didn't know, or didn't care, is something I'm yet to determine.

The same is not true, though, of the local organisation. On Thursday I phoned Alan Ormsby, who has been organiser of the tournament for four years, about Mr Scheinberg. I asked whether he was aware that Mr Scheinberg was on the run from the US on serious financial charges.

Mr Ormsby said - quite properly - that those were my words and not his, but also observed that if you looked up Mr Scheinberg's name on the internet, anybody could see for themselves. This is perfectly true.

I asked Mr Ormsby whether he had been aware since the beginning of Mr Scheinberg's legal status. He replied that the information had been in the public domain since 2012, which is also true. So I asked him whether he considered that Mr Scheinberg was a suitable person to be the sponsor of a major chess tournament.

At that point, Mr Ormsby said he would prefer to bring the conversation to a close.

So he did. I guess there was nothing much he could say in the circumstances.

But perhaps it would have been better to have that conversation a long time ago.

I understand Mr Scheinberg is seen as something of a hero in the poker community - a victim of government overreach against online poker.

What crime(s) has he been convicted of?

Is that an argument for the prosecution or the defence?

I suppose that the Unlawful Internet Gambling Enforcement Act isn't a law that, once broken, outrages many of us. I think that the settlement made with the Dept. of Justice by Mark Scheinberg, which had a No Admission of Wrongdoing attached to it, essentially renders the issue pretty uninteresting. You can well imagine that an additional "Agreed settlement" will resolve the issue.

That's a view, though it's not apparently so uninteresting to the US legal system that Mr Scheinberg is free to come and go as he pleases.

Overall, it's a fair point to bring up, this guy is on the run and one day he will probably have to cough up some money to the US Treasury for his liberty. Since they've gotten rather a lot of wonga already from the family, well, I am not overexcited by the matter. It was nice to be reminded of the situation though!