Back in the USSR

We were talking history yesterday, and such is also the theme of today's post, which also arises out of a small complaint laid by Gata Kamsky against Garry Kasparov following Fabiano Caruana's Candidates victory: this particular one regarding whether or not the FIDE title matches, in the period when the title was was split, should be regarded as world championships. 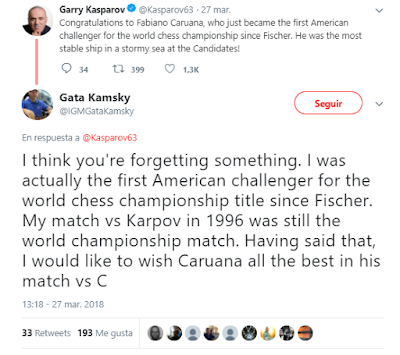 Me, I'm ambivalent on the question, but (for example) Peter Svidler isn't, having been unambiguous on the matter during one of his Chess24 commentaries, and Gata Kamsky isn't too uncertain either.

I admit I too had forgotten about Kamsky's match, so I looked it up. I had a bit of an "excuse me?" moment when I did. 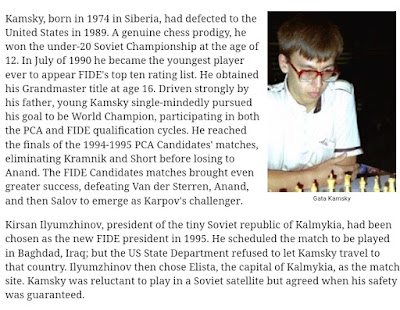 "In a Soviet satellite?" Excuse me?

Kalmykia was never a Soviet "satellite", which term was usually applied to those states outside the USSR which followed and were generally controlled politically by Moscow. Kalmykia, during the USSR's existence, was an autonomous republic within the USSR, and following the dissolution of that state became an autonomous republic of the Russian Federation, an entity noticeable, perhaps indeed defined, by its not being the Soviet Union.

As for the "President of the tiny Soviet Republic" (the size of the Netherlands and Belgium combined, by the way) your friend and mine entered that post only after the USSR was consigned to history. In that role at least, he's post-Soviet too. 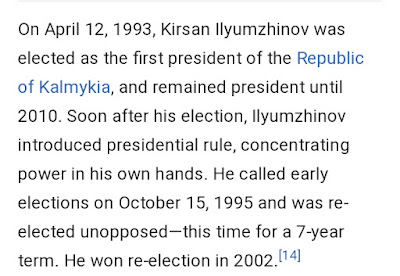 Small historical error, not many facts dead. Still, it's as well to get these things right as not, firstly on general principle, secondly because if you have a reputation for making historical errors it's a good thing to try and improve that reputation, and thirdly because in the view of this writer there's a damned sight too much of it about, treating contemporary Russia as if it were the Soviet Union in disguise. Let's cut it out.
Posted by ejh at 8:00 am

Hard to exaggerate the sheer unhelpfulness of that point.

And its utter pointlessness, come to that.