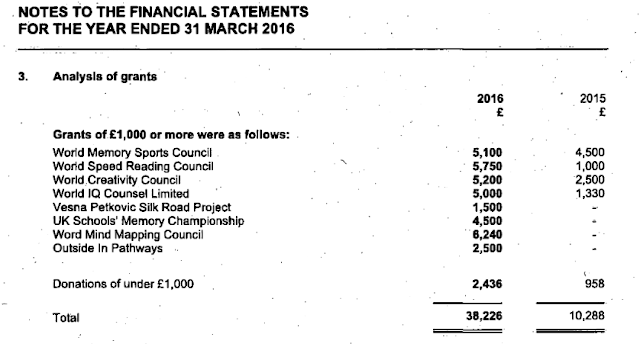 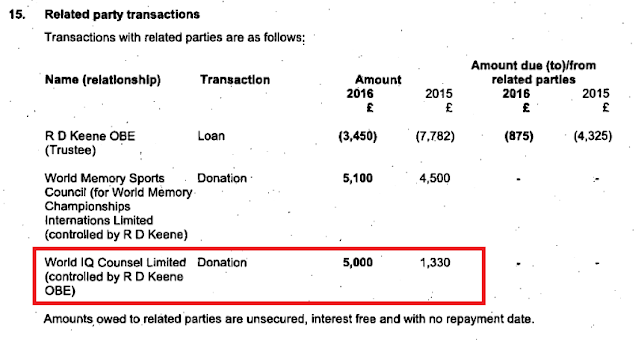 They're a company that's now called Intelligent Resources And Services Limited to which they changed their name in July 2016. They have two directors, one of whom is Ray, who was the sole director at the time under discussion. The other, appointed after the change of name, is a gentleman called Don Morris.

If you think you've heard that name before, it's quite likely that you have: a Don Morris co-authored Ray's book on the 2000 match 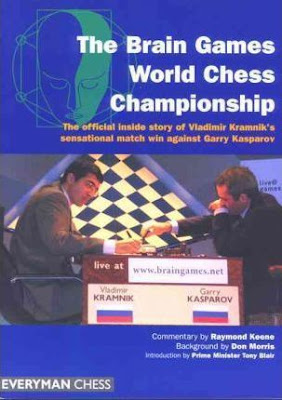 which was memorably reviewed by Steve Giddins in Kingpin. Anyway, I was interested to see that name pop up, what with another name from the Brain Games days popping up yesterday.

There's a couple of other things to note about World IQ Counsel / Intelligent Resources And Services Limited.

One is that it's a dormant company, according to its accounts for the year ending 31 March 2017. The other thing is that, as those accounts also state:

The company is dormant and has not commenced trading [my emphasis - ejh].

So if you've followed this far, you may be asking yourself this. If this company never commenced trading, what particular projects was it undertaking, when it received more than six thousand pounds, from registered charity the Brain Trust, other than the project of being headed by Ray Keene of the Brain Trust?
Posted by ejh at 8:00 am

Three organisations might be interested in having a closer look at Keene and his sham charities: The Charitiy Commission, HMRC (because of the way funds end up with Keene via charity payments/donations etc) and the ICAEW (because the accounts were signed off by people who are likely to be members thereof). Might be worth bringing this to their collective attention.

"The Brain Trust would like to thank the many companies and organisation which have supported its work.

Is the Times really happy about how its money was spent?

--TheBlueWeasel, spending some time in blue

Tell you what, I have no intention of asking them