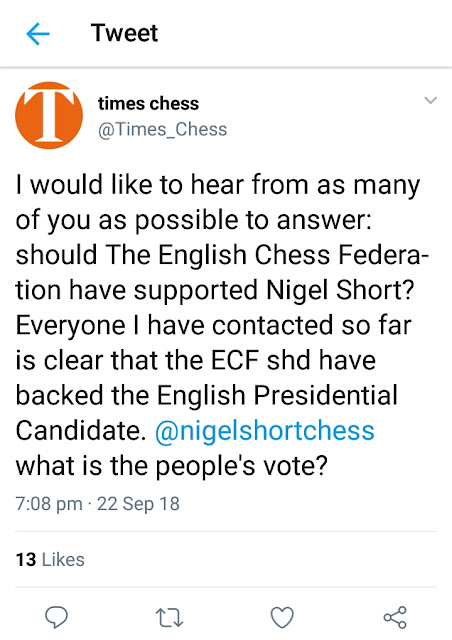 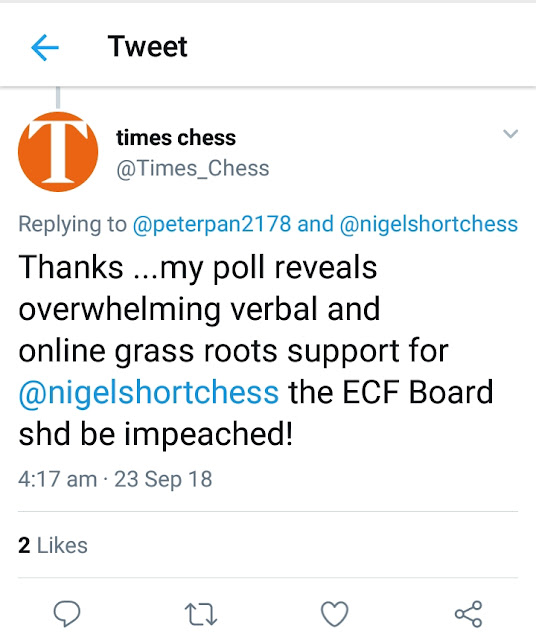 He could also get Nigel Short, one of the two Likes on that tweet, to say whether he thinks cheating chess federations out of the members' money is the sort of conduct he hopes to encourage in FIDE.
Posted by ejh at 8:00 am