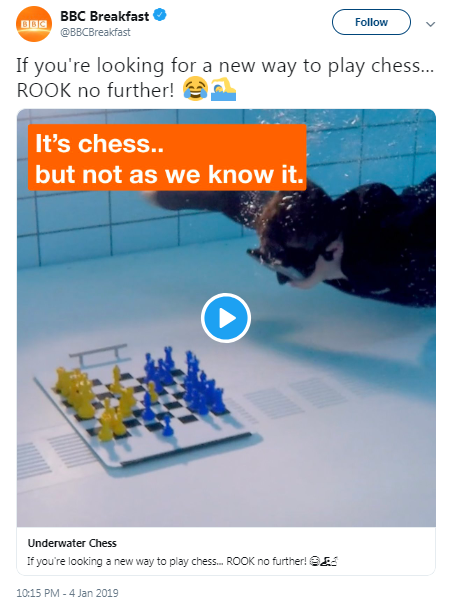 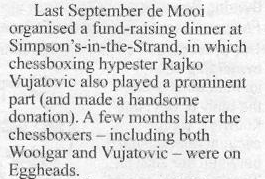 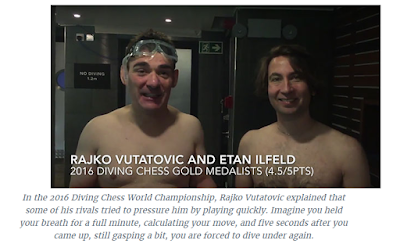 As it goes the last time I came across Mike Bushell, the presenter of our nonsense, it was promoting the chessboxing swindle almost ten years ago. So that's a decade of promoting charlatans and chancers.

No, it's not the most important thing in the world. But it's not totally harmless either, pretending that these very unreal sports are actually real. At the very least it means you're promoting the charlatans and the chancers on their own terms. How clever, how harmless, is that?
Posted by ejh at 8:00 am

It would make an amusing competition though, to come up with the stupidest crossover possible involving chess which can be accepted as column filler for the media.