Maybe. I don't have a copy of Soltis but I can find this passage on Google Books 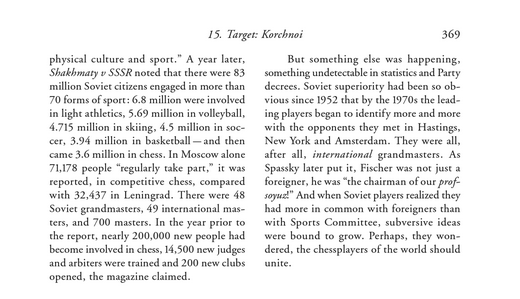 which has 3.6 million registered players, not quite five million but close enough for the latter figure to be at least plausible at some point.

But another forty-five million players - keen players, not people who knew the rules and used to play at school, but "practicaban el ajedrez con asiduidad" - is there any statistical evidence to back this up? How many people did play chess in the Soviet Union?
Posted by ejh at 8:30 am

It seems like they simple guess arrived at by multiplying the figure by 10. Unlikely that a survey took place.
--theblueweasel (Still blue, still a weasel)

I think chess should be the national pastime in USSR, not sport.