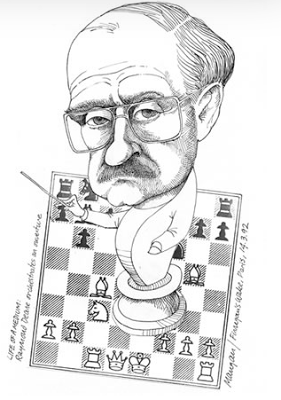 and what well-known game the position was taken from.

Noting that neither king was castled, that if there was a pawn on d5 we'd be able to see it and assuming that Black would be further behind in development than seemed likely if the f8-bishop was still on that square, I surmised that the bishop was on e7, the queen was on d8 and the d-pawn had gone to d5 and then been exchanged. Also d4 seemed likely for a white pawn and while the other one could be on e4, e3 seemed likelier as otherwise Nxe4 would work. This would give us this.... 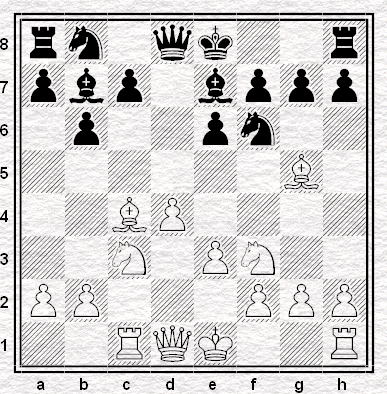 which, as it turns out, is correct! 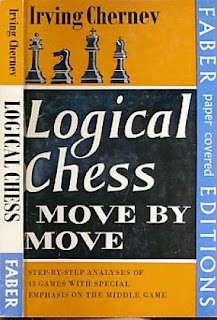 which book Raymond bought Gerald before the caricature was drawn.

Pillsbury goes on to win in fine style.
Posted by ejh at 8:30 am

Mason gives away a tempo in that game by not waiting for Bd3/Be2 before taking on c4. Perhaps the influence of the 1895 game over the years is such that "everyone" knows this. In any event there are very few games that have reached the exact diagram position.