Tell a knight from a bishop

I was working last week in a school not so very far from here and found an old chess book in a cupboard. 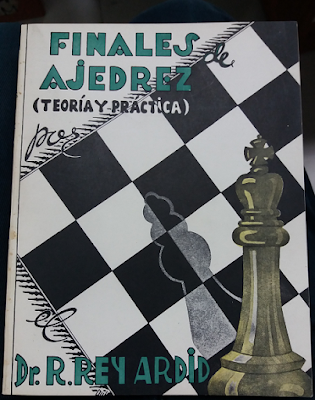 I nearly wrote odd rather than old, but it wasn't the oddest thing I found by any manner of means: still, I doubt too many British primary schools have copies of endgame textbooks on the shelves, and if they do, they might be a little more junior-friendly than Rey Ardid's work.

Come to that, you didn't have to be a junior to find it difficult to handle. I'd been looking at this position for a couple of minutes 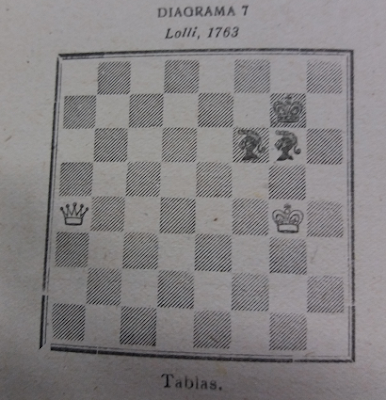 before I realised that the White king is not in check and I was looking a position where a queen draws, not against two knights, but against two bishops.

I don't know if it's just me, but flicking through the book to find some other examples, I found I was OK if the pieces were on light squares 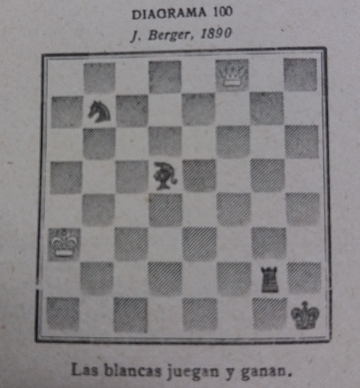 and especially so if they were adjacent, depicting a position of "White to mate with bishop and knight". (It also helps if the diagram isn't blurred by incompetent photography.) 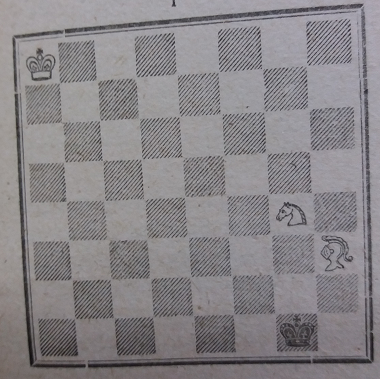 Put one of them on a shaded square though, and I had to think about it 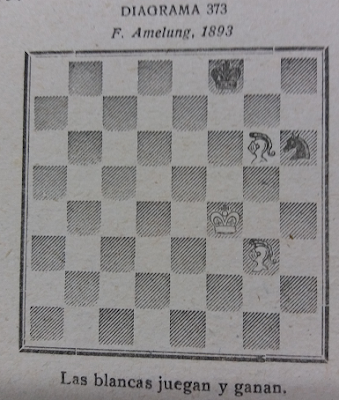 and all the more so when two of the similarly-shaped pieces were placed a knight's move away from one another. 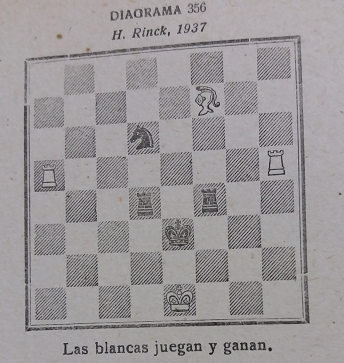 Maybe it's just unfamiliarity with that particular style, but I can't believe it was all that clever to give the bishop (alfil, in Spanish, which means nothing other than the chess piece) the same profile as the knight, as well as a shape that's pretty similar too.

It actually seems to depict a knight's helmet, and if that's irrelevant in Spanish, since the knight is caballo - horse - nevertheless, the helmet's crest looks like a horse's mane.

Designed to confuse, I'd have said. Were these diagrams standard? I don't have any old Spanish chess books to look at for purposes of comparison, but fooling around on Google Books for a while I did find Gran Ajedrez by Alekhine, which was issued by Editorial Fundamentos in a sixth edition in 1986

and which was still using the same hard-to-follow diagrams. 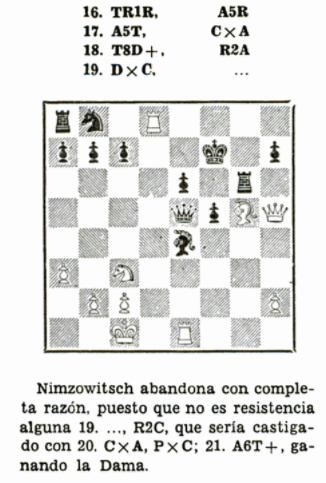 Maybe they found it wearisome too, eventually, since when they put out an edition of Reti in 1997

they'd changed the style of the bishop to something a little more distinguishable, if considerably uglier. (They kept the incomprehensible old Spanish descriptive notation, but that's another story.) 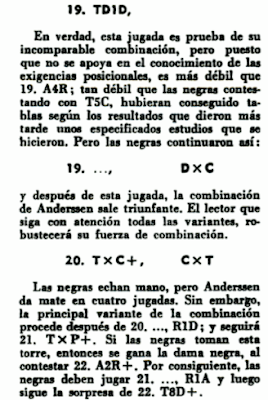 À chacun son goût, as they do not say here, but hard to believe that anyone thought those diagrams were the best that could be managed. Still, if you can follow them OK, you can always have a go at the puzzles.
Posted by ejh at 8:00 am