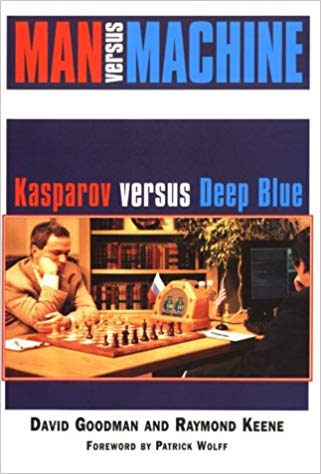 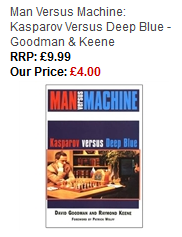 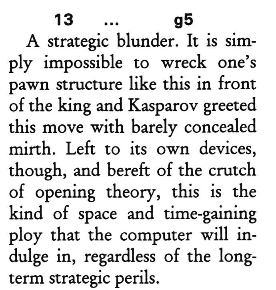 I don't know that the whole thing is a copy-out job, since I only found that the notes to games one and five came directly from The Spectator. On the other hand, I won't claim to have gone through the whole thing. 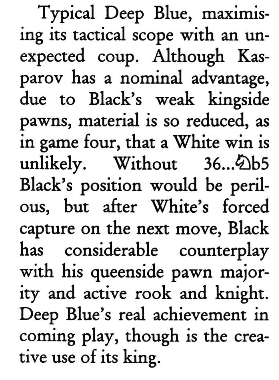 I can tell you, though, that search as you may, you won't find any reference to The Spectator, or the notes having been previously published there or anywhere else, any more than you would if you searched through this book.

Of course this is far from Ray's most spectacular effort and nothing I've recorded here will surprise anybody in the slightest. But that's the point, isn't it? Everybody knows what Ray does, and if they didn't know back in 1997, they've known for many years all the same. They didn't just suddenly find out because of a review that appeared at the end of 2018.

There's a couple of other curiosities attached to this particular volume.

One is that the US publisher was none other than the very well-known American research psychologist Christopher Chabris, with a long record of work in the field of chess (I participated in his latest survey just the other day).

Another is that on UK Amazon - but not on their US site - one of the co-authors is given as Ray's partner in many a dubious enterprise, Tony Buzan.

His name no more appears in the text than does that of The Spectator, but maybe it's different in the UK version?

Who knows. Anyway, I've emailed Professor Chabris, just to ask what, if anything, he knows about it, or about the origin of the game notes in the book. I'm assuming nothing, in either case, but if I ever get a reply, I'll let you know.

In the mean time, while I really don't give a damn whether they have this twenty-year-old book on their shelves or not, it'd be a good idea if Chess and Bridge ceased to stock any further books Ray may choose to churn out.

Justin I'm shocked. No problem with the Staunton? How about the title of the book??