Over the last few days, I've found quite a lot of adverts popping up for this book on my smartphone. 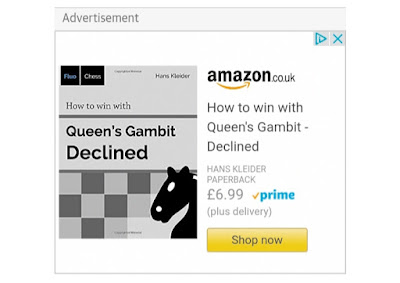 Matter of fact, it popped up three times during the course of one single article. 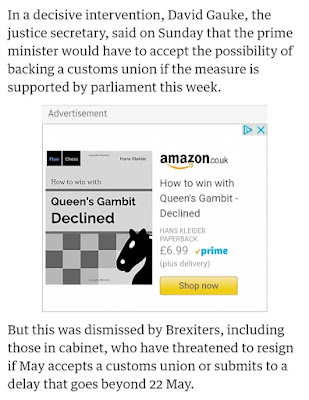 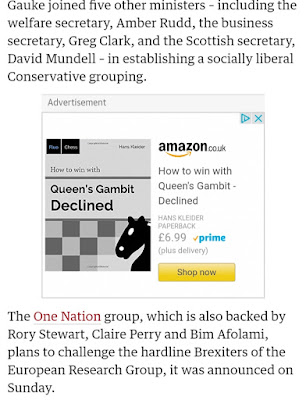 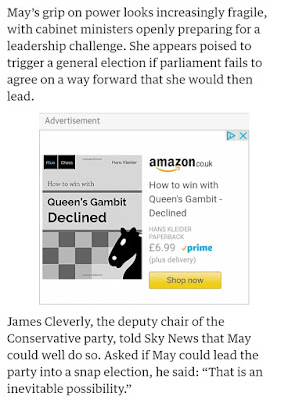 Naturally I was curious to look up the book, since £6.99 is pretty cheap for a chess book these days. Or any day in the last, what, couple of decades? (By contrast, this one, due out later this year, will set you back £19.99, and that's not bad at all by today's prices.)

So what are we getting for our money?

You may well ask, since the blurb is unsure even what opening we are discussing

which may undermine our confidence that the games have been "carefully selected".

I'd never heard of Mr Kleider, so I looked around to see what other works he might have produced, and was surprised to find this item on Goodreads 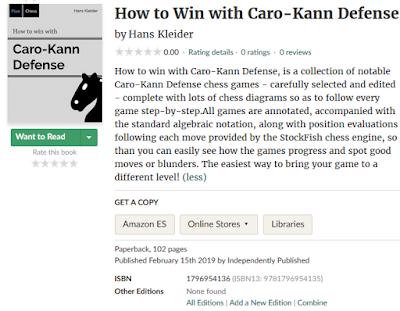 and particularly surprised to see a publication date of 15 February, given that our Queen's Gambit Declined book was apparently published on 4 March. Not even Cyrus Lakdawala churns them out that quickly.

In fact, if you search on amazon.co.uk for Hans Kleider, you get bucketloads of these books. I think I counted twenty-seven of them. This image is as small as I could reasonably reduce it, and I'm still not getting all of them in.

Well how bizarre. Let's have a look at a little of what's in one of them.

"20 annotated games to", ah, "perfectionate your game". There's a preface, which may look a little familiar.

All games are annotated? Well, not very.

Not very much at all. This is as good as it gets. 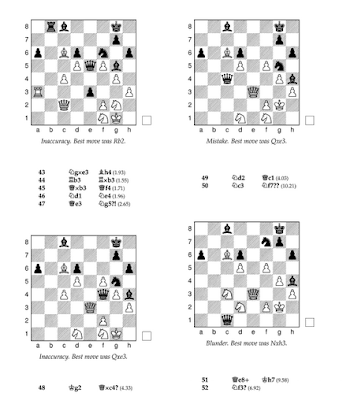 I'll spare you any further investigation of the books, since all the books (and all the annotations of all the games in all the books) are basically like that - no original content and no annotations. But having seen that the publisher was apparently somebody called Fluo Chess

I googled them, and got a page from FNAC, the French retail chain.

There are twenty-one entries, all, this time, for e-books, all published in November 2016. And this time, they're not by Hans Kleider, but by somebody called J. Schmidt.

Here's one of them. 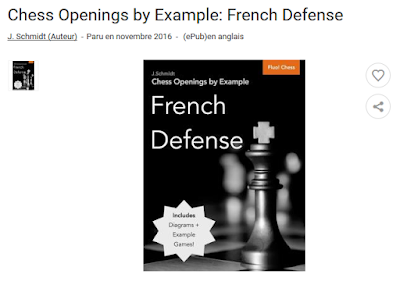 There's a few of these on Amazon too - for instance, this one. Naturally the contents follow the precise pattern of the Kleider books (or rather, since they predate them, the other way around). No more than some game scores, Stockfish evaluations each move and some diagrams. In other words, nothing original at all.

Now I have no more idea who Mr Schmidt is than I have about Hans Kleider, though for all I know they may be the same person. It's not important, except that they, assuming there are two of them, are a couple of rip-off merchants, and would be if their books retailed for no more than a penny apiece. It's not illegal, but then again, just because it isn't illegal doesn't mean it's not a scam.

I'd be interested to know if other people have been getting these ads - I don't know, let alone understand, how these ads are selected, but my guess is that I'm far from alone in having them placed on my phone.

Hopefully they're not getting a great deal of business out of it. If you're considering giving them any, here's an appropriate title. 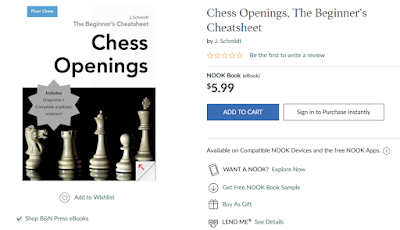 They're having a laugh.

Isn't modern technology wonderful? Amazon, through which people can sell their e-books; and, Google, which, if you're logged into a Google account, knows your interests through the webpages you visit and can tailor the adverts it shows.